At one time or another in most people’s lives they come up with what I call “a million dollar idea.” It’s that idea that comes to you while you’re working on a project and discover a better way to do something or a better tool to use. Maybe it’s an inspirational inkling about helping others who are struggling by coming up with a solution to a problem. Or maybe it’s just a product you have imagined that you know would be a consumer’s dream.

The thing about a million dollar idea is you have to put it into action.

I’m lucky to have had great success with my business, Breakaway Solutions, by having the knowledge, skills and experience to help other businesses with their needs in web design, development and Internet marketing. Since we are an award-winning company that is thriving, I like to think about this as my own “million dollar idea.” 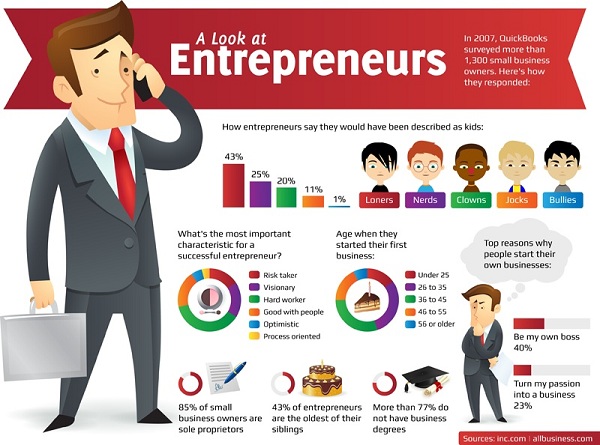 But the success I have achieved is something anyone can attain. I was ruminating on this recently after reading an article about Tony Robbins, probably the most influential motivational speaker and life coach in the world. As an entrepreneur, I really relate to what Robbins has to say about everyone’s potential and I believe his words should resonate with anyone who might be thinking of starting their own business.

Here’s just one of the things Robbins has to say:

“The truth of the matter is that there’s nothing you can’t accomplish if: (1) You clearly decide what it is that you’re absolutely committed to achieving, (2) You’re willing to take massive action, (3) You notice what’s working or not, and (4) You continue to change your approach until you achieve what you want, using whatever life gives you along the way.”

“Every time you state what you want or believe, you’re the first to hear it. It’s a message to both you and others about what you think is possible. Don’t put a ceiling on yourself.”

Those are words worth remembering whether you’re considering opening your own business, or you have some other goal in mind.

I read about another “million dollar idea” recently that I found remarkable and it relates to the words of Robbins and Winfrey. If you’re like me, you can remember running with a couple of quarters in your hand as a kid every time you heard the sound of an ice cream truck. That carnival-style music would set your mouth watering for a Fudgsicle or Rocket Popsicle.

Tony Lamb sure remembered it. When he heard the sound of one of those trucks in his neighborhood one summer afternoon, he went running along with his 3-year-old daughter and the rest of his family. But this was not the kind of truck he remembered as a boy. It was a barely running 1970 Chevy van spitting blue smoke. The music was blaring. The driver was bare-chested, tattooed and pierced. And while his daughter was intrigued, she was also hesitant to embrace an experience that should have been fun for a child. This wasn’t exactly the Good Humor man.

He set about reinventing an American icon — the ice cream truck — and his business, Kona Ice, was named the No. 1 new franchise for this year by Entrepreneur magazine.

The company not only entered Entrepreneur magazine’s Franchise 500 list, but was also No. 27 among the fastest growing in the country. The first truck hit the road in 2007 and today there are more than 300 Kona Ice trucks in communities across the country in more than 40 states.

But what I really like about Lamb’s story is a fundraising component he built into his business model that allows his franchise partners to not only make a profit, but also raise money for charities and worthy groups by giving back to their community while they do business. The company has raised more than $10 million since its start for various organizations, particularly schools.

To me, that is a “a billion dollar idea” that might even prompt Robbins to amend his advice that when you’re motivated to do something that’s helping others as well as yourself, your impetus to succeed is that much stronger.

John Romano is an entrepreneur, marketing strategist, Internet consultant, blogger and an expert in the technical, conceptual, and content development of online startups. He is the founder of several ecommerce sites and has helped multiple companies launch successful online businesses.

View all posts by: John Romano